Cathy agreed to stay with our girls so that Remi and I wouldn’t have to keep an axe-wielding vigil outside their room waiting for Santa to arrive. So, I slept better than I thought I was going to – musty pillows aside.

Our visits to the countryside house churches were over. The big event of day five was a visit to a church retreat with the youth from several churches in the area. The plan was to share some skits, songs and testimonies and then play some games with everyone and have lunch.

On our way to our bus, we met an American mission team staying in our resort. We had a few minutes to compare notes and pray with them before leaving for the day.

The trip to the retreat area took a bit of time. Paul asked me to share a short devotional with the kids while we were traveling, so I talked about 1 Corinthians 12 & 13.

When we first arrived at the field where the retreat center was, we found a few women boiling soup in a cauldron for lunch. We were told they were making “Fire Soup” which was a stew of vegetables and a pig’s head. We approached the women and they seemed to enjoy lifting the pig’s head out of the broth to make some of the kids squirm a bit. We continued on to the retreat building. 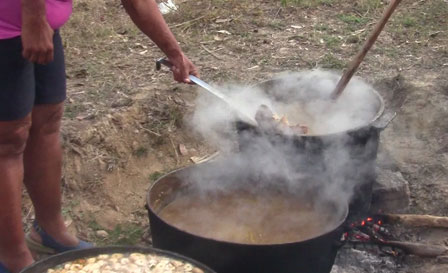 Kids from various churches gathered into the building. The Cuban youth leaders led worship for everyone. We performed three skits. Remi shared his testimony and Paul shared a brief message also. At the end of the service, Paul invited anyone who wanted prayer to come forward – which nearly everyone responded to. Our kids made the rounds and prayed for everyone. Then Paul asked if the Cuban kids would pray for our kids, which they did. It was a great experience. 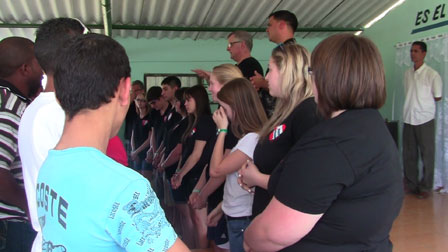 We broke for lunch. An impromptu volleyball game started up. The more outgoing Cuban boys invited the girls from our team to come and play. A father notices these things. Cuban boys are abnormally handsome, which was a cause for concern.

The Fire Soup was served. Some of our kids were a little reluctant, but everyone tried it. Someone was sure they swallowed pig brain. Another was positive they had a snout hair. The thought of the pig head was a little too much for some of our kids so they took a little walk to “visit the cows.” Some of them had five cups. It was pretty good, actually. It tasted like pea soup.

Someone informed me about cows in Cuba. If you own a cow, all the milk that it produces belongs to the state. They come around and collect the milk and put it in the state’s milk program. The milk is rationed out to families with children under seven years old. Once your child is older than seven, you don’t get any more milk rations. Also, when the cow gets old, you’re not allowed to kill it yourself. You have to contact the government who will send someone to kill it for you.

The gathering ended with some board games and baseball. Some kids had arrived on public transportation and had to leave a little early so they didn’t miss their ride.

We returned to the resort and the kids went for a swim. It was a heavy week both physically and emotionally with all the late nights, driving and visiting. It was good to let them relax and unwind a bit. This scene really happened while one of the boys was changing for the pool: 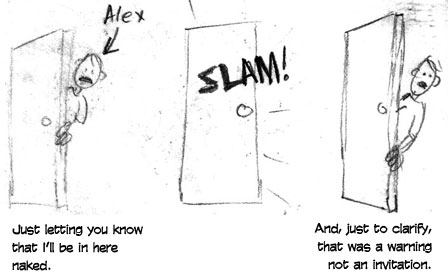 Some of the girls were singing outside their room – not overly loud, but because everything is concrete, the sound bounces everywhere. A strange old man came and growled at them. This was a weird resort. They later described “Gorilla Man” to me and we came up with a sketch. We speculated if this guy was the same guy that was playing Santa the night before. 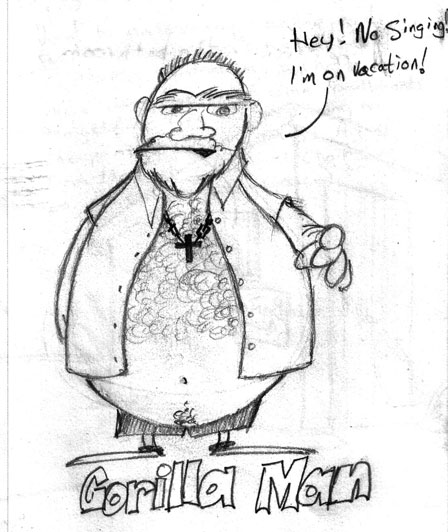 After the swim, we traveled to another church for an evening service. This was another large church filled to capacity. We performed our skits again and Paul preached. Several people came forward after the service to receive Jesus.

It was late, and we still had a long drive back to the resort. Before we left, we were treated to a song from a young girl who was a member of the Cuban National Choir. She couldn’t speak English, but she memorized Amazing Grace. You’ll want to hear this: