A few weeks ago, I took my daughters down to Kentville, Nova Scotia to attend the three-day Confluence of the Arts event with Rik Berry, an artist and senior pastor of Valleygate Vineyard church, along with 30 other artists, some who came from as far away as Singapore, Calgary and Edmonton.

Rik and I have been connected since our former group, Burning Bush Ministries, hosted two of these events many years ago at the 10,000 square foot building we owned called Woodlands, also known as the Lady Smith Manor, in Dorchester, New Brunswick. My girls were small then. They took it for granted that they were welcome among all the grown-up, serious artists. I remember them, sprawling on the floor of the double parlour at Woodlands, carefree and covered with paint.

Now, as young adults with a bit of artistic training, they weren’t sure if they belonged.

And I understand how they felt. I always feel illegitimate in this setting. I’m a cartoonist. I typically don’t sketch things that are directly rooted in scripture. I draw big noses and people with three fingers. Every time I attend, it stretches me. As Rik pointed out, the point is not to create a masterpiece. It’s to participate in what the Spirit is creating through the group dynamic.

On opening night, we sat in a circle and introduced ourselves, finding that the group was composed of singers, musicians, writers, painters, dancers, sculptors and filmmakers. Rik explained confluence is the phenomena of two rivers moving in different directions, which then meet and flow together. His intention was for us to do the same thing with all the artistic disciplines represented in the room. 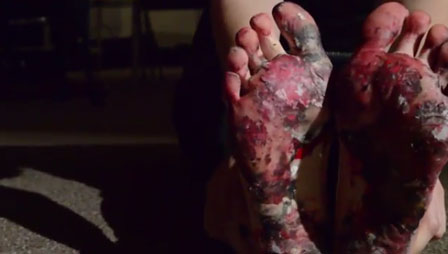 This doesn’t come naturally for artists, who prefer to hide their process. We’re trained to keep all those little broken bits of ideas hidden away from everyone until we have something we feel is “finished” and even then, artists are tentative.

The workshop went like this: first, we participated in an old practice called Lectio Divina. As a group, we read a passage of scripture and spent time contemplating its meaning and allowing the Holy Spirit to draw our attention to certain portions. The portion of scripture that we read was Isaiah 6.

(We don’t do a lot of meditation in modern protestant churches – and we certainly don’t do it as a group.)

Then Rik asked us to take the words we were contemplating and begin to express them through our genre of art. He encouraged everyone to move around, examine what others were creating and be inspired by it.

We took a break for lunch. Some of the locals from Kentville invited me and the girls, along with some Western folk, out for lunch across the street. We discussed being a Christian in the art community and how our faith affects our approach to art.

During the afternoon session I took a bit of video to complement some of the shots that Robyn was taking. She’s the pro, but some additional shots never hurt. Rik circulated and encouraged others to look around at the work everyone was doing.

The flow was stilted at first, but by the end of the day, several themes emerged.

The next morning we tried Visio Divina, a similar process involving the artwork in the room. Everyone was asked to take one painting, drawing or sculpture and to study it.

So much happened that I couldn’t tell you everything, but here are a few moments of impact for me:

As we studied Isaiah 6, I was drawn to verse nine where the Lord says: “Go, and tell this people.” I didn’t want to be drawn there. There’s so much more imagery in the first few verses with the strange looking seraphim, fire from the altar and the Lord Himself on His throne. But there I was – drawn to the man instead. Did he understand the message he was to deliver? Did it matter if he understood? These were all un-chewed thoughts. There was no planning about it. I just started drawing while I thought. Here’s what I ended up with. 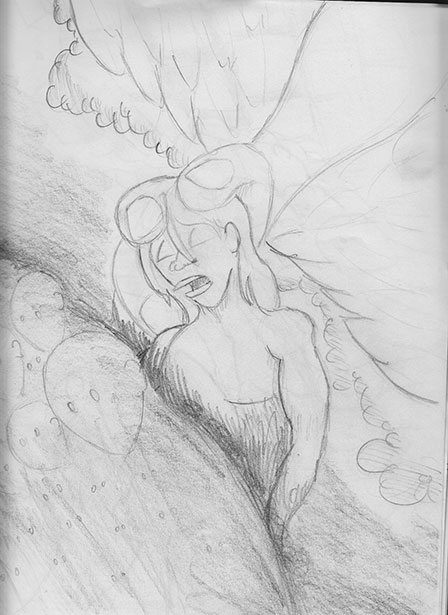 It’s just a sketch. Not something that I had envisioned in a flash of inspiration and had to sketch it out. I just started drawing pieces of what I was thinking about from reading Isaiah 6. I would never show it to anybody—except everybody there. (And you people reading this now – but you’re special.)

The man is in the middle. This infinitesimally small being between the God of the universe and the throngs of people he was sent to. In the drawing, he’s part of the people, but taken out. The people are a single mass. With eyes and ears, but never seeing and never hearing. The hand of God takes the man out. It sends him. The only thing active is his mouth. There’s darkness around the people.

Then Rik encouraged us to start something new, derived from the thing we started and what other things people were doing. So I start over. I take out my pencil and pad and sketch this. 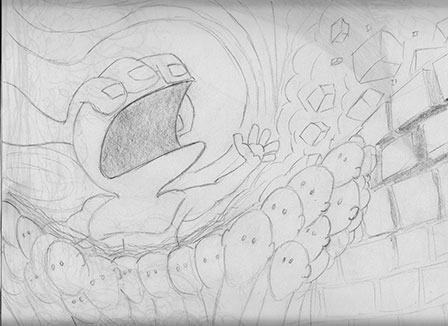 One of the themes emerging was ‘resonance.’ I heard the music playing and thought about the voice of the prophet carrying resonance. So I added that to the drawing. The resonance hovers over the people and some appear unaffected. Some appear to be turning. The wall is breaking.

After the meditation, I spent some time talking to Patrick. He’s an artist that draws in the style of a graphic novelist. We were sharing with each other the pictures we’d done the previous day – and his stuff is cool. He spent time drawing some rough sketches of people in the room. The lines were thin and sketchy, but you can tell who he was looking at with most of the sketches.

He sketches in pen. I asked him about that and he said that he uses pencil if it’s for something he’s working on for a project, but in settings like this, he just uses a pen. That stuck with me for some reason. When I don’t like the way a pencil line is going, I erase. Redraw. Perfect. Using ink allows you to see stray lines. But it is bolder. There’s no erasing. The drawing doesn’t apologize for stray lines.

I ditched my pencil and immediately missed it. But the pen hit the page and I started sketching, motivated by some of the other things people had been doing. 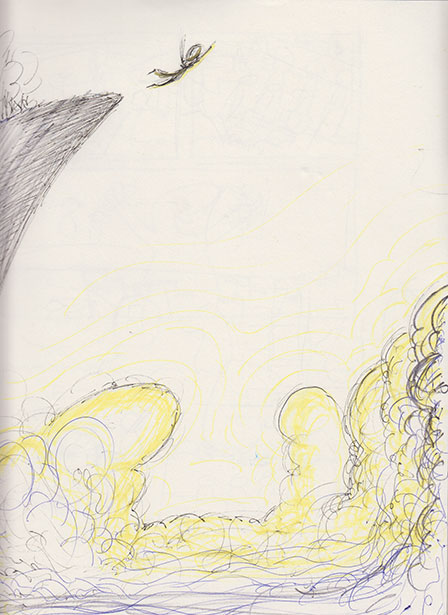 It was liberating. I imagined the figure jumping off a cliff onto the waves below. I was really drawing the style I discussed with Patrick about only using a pen. There was a ‘no turning back’ feel that emerged for me. As I drew the waves, I felt like I was “over-drawing” it. But then I started to see a hand emerge. So I outlined the hand I’m seeing. Diving into God’s hand. That was more comforting. A lot of the other artists showed light in their drawings. I had a highlighter, so I added some contours and some lines around the hand to tie it back to the resonance I’d used in the other drawings.

I left my sketchpad on the chair and circulated the room to take some video. The coloured floodlights in the church would change every now and then. The colour was on a red and I happened to walk by my drawing and noticed that the resonance lines I’d drawn with the highlighter weren’t visible under the red light. Interesting. I passed by again a while later when the floodlight was blue, and it was glowing on the page.

That’s how the Lord speaks. We want an audible voice, but seldom get it. We have to hear Him through the right light, just like the drawing.

You can see my daughter Sophie’s drawings from the weekend here. And my daughter Robyn, who is a filmmaker, produced a short video of the event.